and a whole lot more….

Please scroll down to see all the news!

Special to the Community News
by Abe Levy 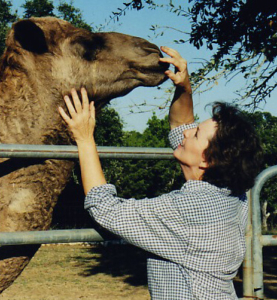 Chris Smith talks about her 7-year-old camel Hershey as if he was her own child. She swells with pride when he kicks his soccer ball in his pen and then runs after it. Their eyes are locked when they race each other along the fence line. The relationship has progressed since the early years when she bottle-fed him. “He thinks he is human,” she says, wryly. “He has no clue what he really is.”

Known by many in Bulverde as “the camel lady,” Smith has been crazy about animals since childhood. Now 58, she operates a virtual mini-zoo on an 80-acre property off Highway 1863 in eastern Bulverde. There, she and her husband Mike live with Tatonka the buffalo, Motown the 2,100-pound Holstein steer, and Ruby Tuesday the miniature potbelly pig among other exotic and domestic animals. She is living her dream: homesteading in breathtaking countryside, loving animals that hail from as far as Africa, and launching a horse-training and boarding business.”It’s heaven,” she said. “I’m fortunate to have the opportunity in this time in my life to do this.”

To make this possible, the couple sold its air-conditioning business in San Antonio several years ago after their youngest child graduated from high school. Mike now does day-trading while Chris works part-time at Locke Hill Feed and runs a photography business called Doringcourt. Since August, the couple has been living on this property in a fifth-wheel trailer home and concentrating on setting up their horse business, called Doringcourt Stables and Training Center. Plans to construct a house on a nearby hill are delayed until the center is fully built and functioning with an arena large enough to do barrel races, several squares and round pens for training, and a boarding facility for up to 50 horses. The center, they believe, will be distinct because of Smith’s philosophical commitment to the more natural treatment of horses. The horses, for example, are only stable when they are grain-fed twice a day. Otherwise, they have 15 acres of hills and pastureland to roam in with access to free-choice coastal hay.

Already, Smith has partnered with three established horse instructors – Pat Parker, Bo Phillips, and Mandie Morales – who use her property for lessons. Smith “is unique because she believes that the horses are happiest when they’re out in their own herd,” Parker said. In the past year, Smith has given tours to a nursing home and church groups, briefing them on the animals’ habits and demonstrating how they are fed. “She’s doing what she’s passionate about, and that’s fun to see,” said pastor Kelly Craighead, whose congregation, Grace Community Church of Universal City, spent a day at Smith’s property in April. “She’s always very warm and inviting.” The tour of animals is extensive. It starts with the biggest hit, her camel, and proceeds to three miniature horses, two donkeys, two lamas, an elk, six varieties of chickens, three mini potbelly pigs, three kinds of deer, four varieties of rabbits, and five horses of her own. The latest highlight has been the birth in May of a baby buffalo she named “Siouxnami.” If the horse business grows large enough, Smith plans to buy a pair of giraffes, her favorite animal of all. Bonding with animals, she said, has brought her closer to God.

“It’s a cool relationship,” she said, “if you take that time to have a relationship. It’s the most God-like encounter you’ll ever experience.” 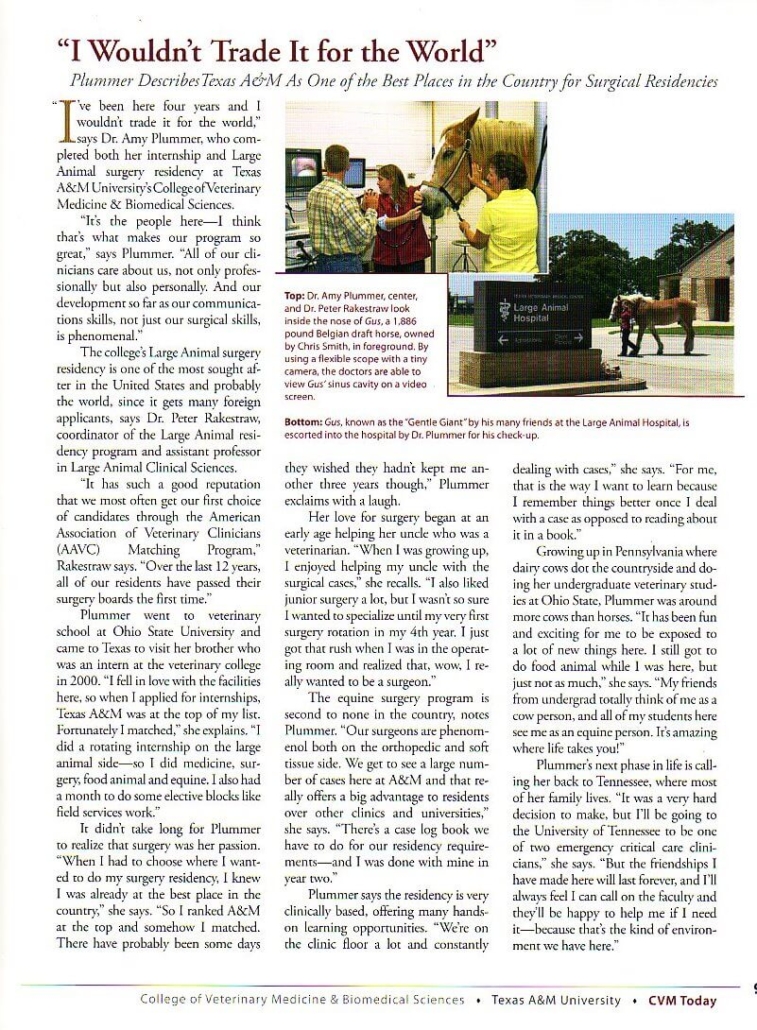